In this report, you'll hear (click on player beneath image to listen): 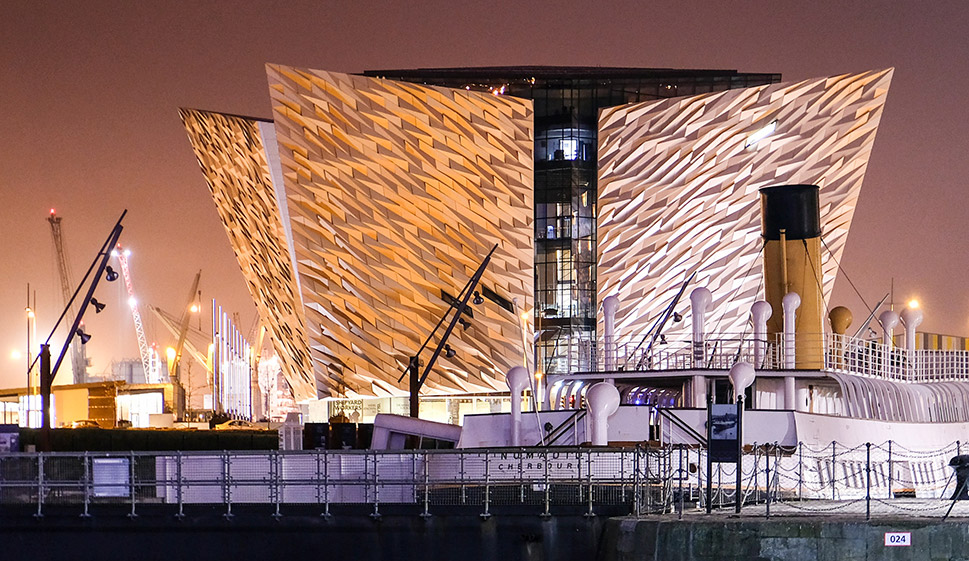 The Titanic Belfast museum, located on the site of the former Harland & Wolff shipyard from which the infamous White Star Liner was launched 105 years ago, and location of the AppSec Europe attendee dinner. (Photo: Mathew Schwartz)

The ISMG Security Report appears on this and other ISMG websites on Tuesdays and Fridays. Check out our May 16 and May 19 reports that respectively analyze the bold remarks made by President Donald Trump's top security adviser on cybersecurity and how the U.S. Congress is picking up its pace on cybersecurity legislation.

The next ISMG Security Report will be posted on Friday, May 26.

Special thanks to Belfast-based photographer Richard Corbett for audio from OWASP's AppSec Europe 2017 attendee dinner and for The Hit Machine for the stellar Titanic Belfast performance.

Previous
Why Big Data, Machine Learning Are Critical to Security
Next How to Prepare for the Next WannaCry