For practitioners of cybercrime, and especially ransomware, one lure remains the relative ease and safety offered by remote attacks, together with incredible earning potential. But if you're not at large for very long before police catch up with you, was breaking the law really a great idea?

That's the calculus facing cybercrime aficionados: Can they remain out of jail long enough - if not indefinitely - to enjoy their ill-gotten gains?

On Monday, the U.S. State Department announced a reward of up to $10 million "for information leading to the identification or location of any individual(s) who hold a key leadership position in the Sodinokibi (also known as REvil) ransomware variant transnational organized crime group."

As that demonstrates, Western governments have been devoting increasing time, attention and resources to combating cybercrime, and especially ransomware, following a summer of devastating attacks, including those against Colonial Pipeline in the U.S., Brazilian meat-processing giant JBS, IT managed software vendor Kaseya, Ireland's national health service and many others.

Doing anything to blunt the devastation caused by ransomware is of course welcome. While it doesn't cause the most losses in aggregate tied to cybercrime - that distinction goes to the many different flavors of business email compromise attacks, including CEO fraud - ransomware can cause massive disruptions for not just businesses, but consumers. Hence the U.S. treating it as a national security threat on par with terrorism.

Time Is on Law Enforcement's Side

On the other hand, as multiple arrests continue to prove, many cybercrime kingpins have incredibly poor operational security, as Brian Krebs and other security watchers continue to highlight.

Email address and password reuse remain rife. Even a single mistake - forgetting to activate a VPN, for example - can leave a user's real IP address exposed, enabling police to unmask them. Or evidence can come to light later, for example, when a suspect flips or when investigators uncover new intelligence tied to cryptocurrency moves.

For the U.S. and allies, when cybercrime suspects are based in - or visit - jurisdictions that are friendly with the FBI, they can get busted.

Law enforcement agencies need not arrest suspects immediately. Instead, they might track their vacation schedules. Others have been lured - for example, to the U.S. - with fake job or consulting offers.

This week, Europol and the U.S. Justice Department collectively announced that seven REvil and GandCrab affiliates have been arrested in Kuwait, Poland, Romania and South Korea since February. That includes Ukrainian national Yaroslav Vasinskyi, 22, who is accused of being the REvil affiliate who hit IT managed software provider Kaseya on July 2. Vasinskyi was arrested at the Polish border on Oct. 8 and faces extradition to the U.S.

The Justice Department Monday also unsealed an indictment charging Russian national Yevgyeniy Polyanin, 28, who "is believed to be in Russia, possibly in Barnaul," with being the REvil affiliate who hit 22 Texas municipalities in 2019 via their IT managed service provider.

Important development in an operation that included 19 law enforcement agencies across 5 continents. It's an excellent example of how international coordination & cooperation lead to tangible results that make us all safer. https://t.co/RgpXCmGjlR— Europol (@Europol) November 9, 2021

Also this year, six suspected members of the Clop ransomware operation were arrested in Ukraine on charges tied in part to 2019 attacks against South Korean companies. 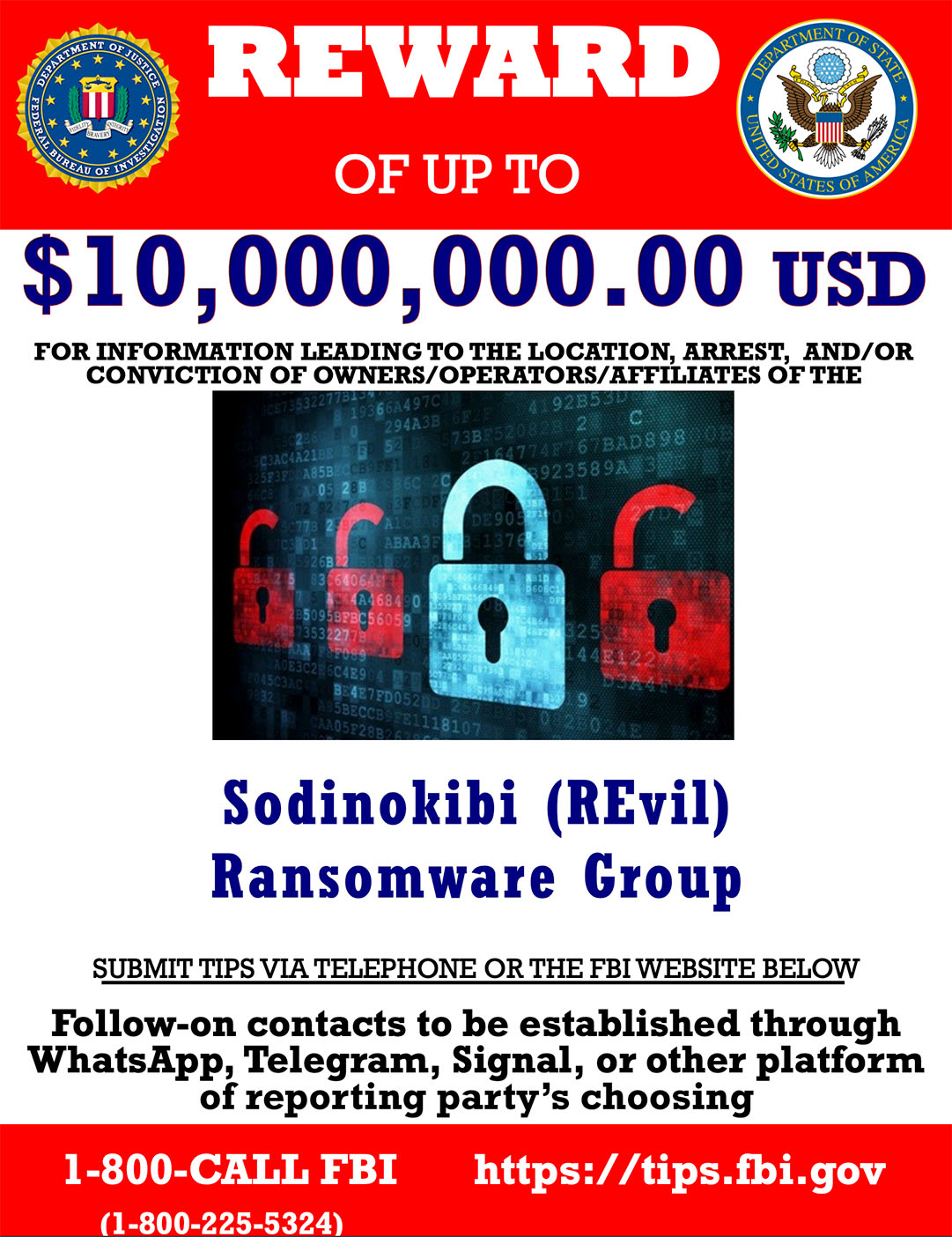 The U.S. State Department announced an up to $10 million reward for information leading to the "location, arrest, and/or conviction" of REvil participants.

Unfortunately, as with the arrest of REvil affiliates, those suspects appeared to be at best midlevel players rather than core operators.

On the other hand, one of the perhaps half-dozen core administrators of REvil, who goes by UNKN - for Unknown - hasn't been seen or heard from by other members since July. Some have suggested he's dead. Or maybe he's seen the writing on the wall and decided to exit the cybercrime racket. Possibly, he's been arrested and is quietly working with law enforcement authorities.

As Western law enforcement agencies step up their anti-ransomware efforts, more cybercrime practitioners will face such possibilities. Whether it will blunt the volume or severity of ransomware attacks, however, remains to be seen.